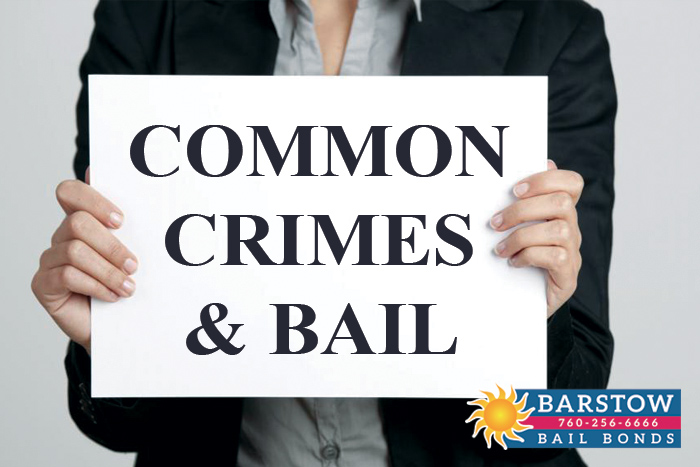 In order to be released from jail, a person must meet certain requirements. This includes:

How much bail is will really depend on a case by case basis. Understandably, the more serious the crime is, the more expensive the bail will be. Additionally, if the defendant is a repeat offender, they are more likely to have a higher bail than a person who is a first time offender. Bail can range from a few hundred to thousands; in more high profile cases, bail can be hundreds of thousands to millions.

Luckily, the majority of people who are granted bail are not going to face that million dollar price mark. Here are some common crimes and the average bail for the charges:

Bail bond companies like Helendale Bail Bond Store work with defendants and their families to lower the amount they pay for bail. To clarify, bail bond companies cannot get the official bail lowered, instead, they provide defendants with payment plans whose payments sum up to 10% of the full bail.

If you have questions or would like a FREE consultation, please contact Helendale Bail Bond Store online or at 760-256-6666. Talk to one of our bail agents to get your questions answered. Ask about our zero down bail bonds and discounts we offer. Feel free to call us anytime, we are open 24/7 (including holidays) for your convenience.

For a FREE consultation or if you have any questions regarding bail bonds, call Helendale Bail Bond Store at 760-256-6666 or Chat With Us now.