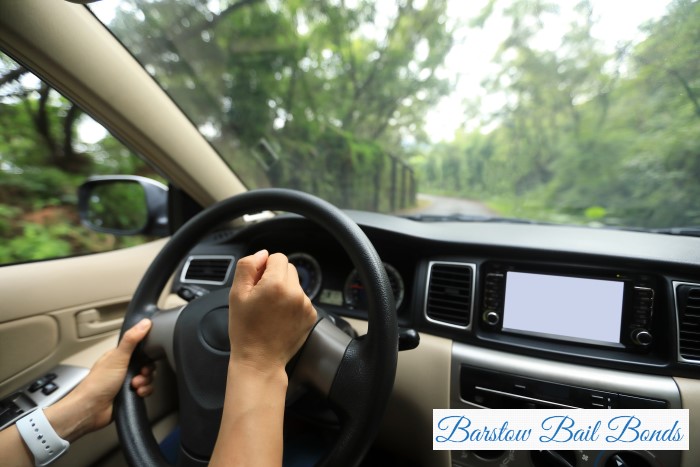 Ask anyone who has ever driven a car before, and they will likely tell you that they’ve experienced road rage before. Anyone who says otherwise is either lying or doesn’t know what road rage is. For those unaware, road rage is a driver’s uncontrolled anger that is usually caused by another motorist’s acts and results in aggressive or violent behavior. So, if a driver cuts off another driver, who then begins cursing and flipping off the other driver that is an act of road rage.

Since every driver experiences some level of road rage from time to time, one might expect that it isn’t that big of a deal. However, that is not the case. Road rage is dangerous. When people get angry, especially that angry, they don’t always think straight and can make very bad decisions. There are far too many news stories of people getting hurt or even killed due to road rage.

In 2016, AAA conducted a survey of American drivers that found that 80% of drivers experienced significant anger, frustration, or road rage while driving. That is a whole lot of people getting upset behind the wheel. If a person were to look at California Highway Patrol (CHP) 2018 statistics, they would find that around two thirds of all fatal car accidents in Southern California were caused by road rage incidents.

Recently, two separate driving incidents claimed four lives. In one incident, a woman was run over by her car. In another, a car full of teens crashed into a tree, killing three of the passengers. In both incidents, road rage is blamed for the accident.

In the first accident, a female driver and her passenger accidentally bumped into a motorcycle driver. The two vehicles pulled over near an apartment complex where one of the women exited the car and began arguing with the motorcyclist. As the driver began to drive away, she somehow fell out of the car and was pinned between her car and a tree, she died of her injuries. The passenger than fled the scene with the vehicle and was later arrested for hit and run.

In the other incident, a man has been charged with homicide after he intentionally rammed his car into another vehicle. The act forced the second vehicle off of the road and into a tree. The 6 teenaged passengers in the vehicle were trapped in the car until emergency officials arrived. 3 of the teens died to injuries sustained in the accident. The man fled the scene and was later arrested with hit and run charges, which were eventually changed to homicide. It is unclear why he rammed the vehicle off the road, but officials suspect road rage.

What Can Road Rage Get You Charged With

Road rage itself is not a crime. After all, a person can’t be prohibited from getting mad while driving. However, what is illegal is acting on that anger and trying to hurt other people. There are a few different ways that a person can get into trouble with the law if they give into road rage.
• Reckless driving: California Vehicle Code (VC) 23103 makes it illegal for a person to drive a vehicle on a highway with wanton disregard for the safety of people and property. If a drivers swerves in a threatening manner, or even speeds to try to block someone else, they are driving recklessly because of road rage.
• Assault: California Penal Code (PC) 240 makes it illegal for a person threaten to cause great bodily harm to another individual. The person doesn’t actually have to attack another individual to be guilty of assault, they just have to threaten to do so. This can occur if a person gets out of their vehicle and starts threatening another driver.
• Assault with a deadly weapon: As one can guess, this is similar to assault, but the person makes the threats while brandishing a deadly weapon. For those unaware, a car is considered a deadly weapon here in California. This means threatening to run someone over with a car is illegal under PC 245. Pulling out a gun is illegal under this law, and PC 417, which prohibits a person from brandishing a firearm.
• Battery: This occurs when a person actually attacks someone. This is made illegal under PC 242. This can occur when a person actually rams their car into another vehicle, or when they get into a physical fight with another driver.
• Hit and Run: Under VC 20001 and VC 20002, a hit and run occurs whenever a vehicle damages property or injures a person and the driver then flees the scene instead of sticking around and administering aid. So if a person rams their car into another vehicle and then flees the scene, they could face hit and run charges, amongst other things.

Don’t Give In to Road Rage

Everyone gets a little frustrated when they are driving from time to time. That is normal. However, when a person gets frustrated, they should not act out because of that anger. Instead, they should remain calm and let the incident go. If they don’t, the anger can get worse until the person does something that they might regret later.

If you want to check out some tips on how to avoid or manage road rage, click here.

Remember, everyone driving on the road is trying to get somewhere, and they want to get their safely. Instead of getting angry and making things worse, try to forgive and be more considerate while behind the wheel of a vehicle. Doing so could help save lives.

Do you have any tips for how to deal with road rage? If so, share them and help other drivers keep a level head behind the wheel.