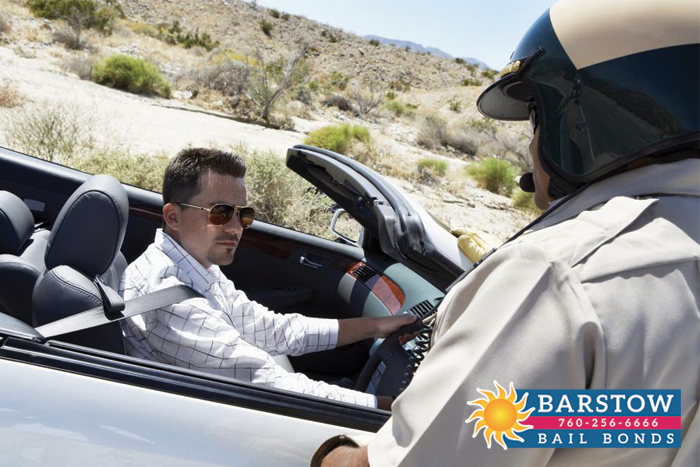 Getting pulled over by the police is always, on some level, nerve-racking, whether you know what the reason for getting pulled over is or not. Maybe you are drinking and driving, or maybe you do not know that your taillight is out. You do not want to make a wrong move, but you also do not want to look nervous to the point that you look suspicious. Hopefully these tips will help you out if you get pulled over:

If you end up arrested, remember that you have the right to remain silent and the right to a lawyer; the arresting officer should remind you of that. Once you are booked and arraigned, you may be allowed to bail out of jail.

Your bail bond company should be Barstow Bail Bonds; California’s most reliable bail bond company. Contact Barstow Bail Bonds at 760-256-6666 or Chat With Them online. Consultation with one of our friendly bail agents is always FREE, so call now and ask about our no down payment bail bonds to see if you qualify. They are available to help you 24 hours a day, 7 days a week. They will not let you down.

If you want the best bail bond service in California, call Barstow Bail Bonds at 760-256-6666 or Chat With Us now.